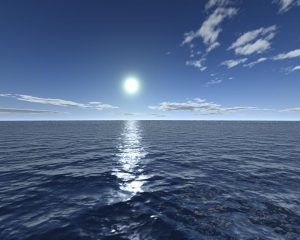 I Love Homeopathy!  (It’s Only Natural!)

There is a treasure trove full of information in the links above.  There are cases with before-and-after pictures, information about nutritional healing, about how to use your homeopathy emergency kit, and so much more; please have a look!

So, first we should know how to pronounce it:

Homeopathy may be a strange-sounding word but it just means “Like Cures Like” in Greek.  It may not make a lot of sense right now, but give me a minute.

“A Hair Of The Dog That Bit You”

Everyone’s heard that phrase.  It’s what you tell someone with a “hang-over” (a headache from too much alcohol the night before).  It means, “Here, take a tiny sip of the liquor you drank, that’ll fix you up.”  (I’ve never had to try it, so don’t look at me for proof that this works.)

Here’s another one:  “What that person needs a taste of his own medicine!”  Or, “We have to fight fire with fire!” …to put this folklore concept into an actual science with medicines that we refer to as homeopathic remedies; or just simply, “remedies”.  I’m sure you’ve seen them at your health food store, but possibly paid no attention to them.  These tiny little plastic tubes contain little round sugar pellets that seemingly work magic, especially if you take them right away at the first sign of an illness or injury. Why should we give any attention to a 200 year old obscure healing art that most people have never even heard of when we can avail ourselves of the best that “Modern Medicine” has to offer?  Well, for one thing, homeopathy wasn’t always obscure!  It used to be so mainstream that even royalty and presidents used it.  And secondly, to the extent that it is “obscure”, we can thank Big Pharma’s single-minded crusade to silence all treatments that it doesn’t personally own!

You know that even Dr. Benjamin Rush, signer of the Declaration of Independence and George Washington’s personal physician, warned that if Medical Freedom wasn’t written into the Constitution… well, here’s exactly what he said:

“Unless we put medical freedom into the Constitution, the time will come

when medicine will organize into an undercover dictatorship to restrict

Wow! I’m guessing you’re hearing this for the first time!  But yes, medicine has become a dictatorship–of drugs and surgery; and Big Pharma is not content to share the stage with anyone!  Any cure that’s out there, if Big Pharma doesn’t own it, is either derided or relegated to obscurity!  The phrase, “There’s no cure for this disease,” only means, “There IS a cure, but we don’t own it, so don’t expect to hear about it from us!”

Just google Stanislav Burzynsky as an example (see below).

Burzynsky, a Texas MD, with a harmless cure for cancer, became the target of a relentless FDA campaign, determined to put him out of business at any cost and even in jail if necessary!  The FDA didn’t care that there were no complaints against him and that his patients were adamant about his care being indispensable and irreplaceable.

The fact is, that despite its obscurity, homeopathic remedies work–-and without the harmful side effects of drugs.  In fact, I call homeopathic remedies “the real medicine”, because they do the things that drugs claim to do but usually don’t.  They ARE the alternative to “medicine”!

People often find out about homeopathy quite by accident and especially out of desperation after exhausting all the accepted medical routes.

Maybe it’s a very distressing cough that no drug has worked for, so you find yourself in the health food store, browsing the shelves.  You see a homeopathic dropper bottle in the vitamin aisle labeled simply: “Cough”.

Hoping against hope, you buy “Cough”, and then comes the surprise!

“Why doesn’t my doctor know about this?”

This actually happened to me!  My daughter, Shana, had a horrendous cough that she picked up at a “water park” when she was 8 years old.  (That place had disaster written all over it!)  In desperation, I took her to a homeopath after this had gone on too long–-over a month!  Actually, I took her to famous homeopath, Karl Robinson.  The next day, incredibly, to my amazement, the cough was noticeably better; but I have to confess, I had so little faith in homeopathy that after I gave the first dose, I threw the bottle away!  I know, it sounds crazy, but I had gotten so used to things failing that I assumed that this would be just one more thing; but, at some point on day-2, it started to dawn on me that I hadn’t heard her coughing!  Frantically, I searched for the remedy!  I was desperately rummaging through trash cans all over the house when finally, I found it in the bathroom.  I breathed a heavy sigh of relief!  Yes, my daughter recovered completely and in short order!

The “Law Of Similars”

Apparently likes are cured by likes!   So, why don’t “opposites” cure?  That’s what your doctor believes.  It seems so logical, but once I explain it, I think you will say, “Oh, I get it!”  And here is the explanation:  We’re not inanimate objects!

Why is that such a revelation?  Because all your Pharma drugs are predicated on the assumption that we ARE just that – that the human organism will accept a drug passively and let it work.  I’m sure that’s what you think too.  But that is not what happens!  Your body is actually alive, a living, thinking, system that adjusts and readjusts to all in-coming impressions!  If you take an antacid, like Tums, for acid indigestion, your body doesn’t say, “Oh good, Tums are here; thank God!”  No, it says, “What the heck are all these Tums doing here?  They’re wiping out our stomach acid, somebody stop them!”   Now your stomach has to make stomach acid all over again, because, after all, it’s supposed to be there, you can’t digest your food without it!

This is why drugs need constant repetition, because the body perceives them as a threat and goes after them!  Plus, the drug is stopping normal functions, which means as soon as the drug wears off, the body is simply going to start them up again.  Making stomach acid is something you can’t put a stop to.

We call this phenomenon “rebound”, it’s what happens when the drug wears off, namely: your symptoms start to “rebound”.

Whatever you do to your body in terms of pushing it to an unreasonable extreme, it will attempt to do the opposite to restore balance!  Your body is always working to restore balance!  “Homeostasis”, it’s called.  If you send a drug in to stop the production of stomach acid, your body is just going to make more the first chance it gets!  Clearly, the drug might be helping in the short-term, but making things worse in the long-term!

Have you ever eaten at a Chinese Restaurant?  I love Chinese food, but, be on the look-out for the hot mustard!  Have you ever unknowingly taken too big a bite out of the hot mustard or hot sauce?  OMG!  You grab the ice water, right?  You feel relief for the moment–-until you swallow it!  Then your mouth starts burning again with a vengeance!  Why is this happening?  Why doesn’t the ice water cure?  Because the impression of “ice cold” makes your mouth heat up to restore balance!

The prototype for all of standard medicine!

The doctor never seems to get the message!  He keeps saying, “All we have to do is give the drug again!”

Doctors, take note:  The body self-adjusts to all impressions!  Nothing makes a greater impression than a drug.  They palliate in the beginning but cause the case to “rebound” in the end, so where have you gotten?  Now you’re forced to take the drug again!

And then “tolerance” sets in!

There is no limit to the body’s capacity to “rebound”, but there is a limit to how strong a drug can be before it becomes lethal!  Consequently, in the war between the drug’s symptom-suppressing capacity and the body’s “rebound” capacity, the drug eventually loses; and there you are in an untenable position!

Only your own immune system can put a stop to the drug – rebound cycle!

Only one entity can stop a symptom permanently–-it’s the immune system itself!  The trick is to take advantage of the body’s innate inclination to self-correct to restore balance, the constant striving for homeostasis!  We’ve already seen that if there’s too much heat in an area, and you apply ice water, the body will create more heat to self-correct.  But if you apply Heat to Heat, what will happen?  The body will be forced to self-correct by cooling, and this is the response you want!  This is what eluded everyone until Hahnemann!  He saw it!

Have you ever taken a substance that made you sneeze?   What about red pepper?  Or black pepper?  Then this is what you’d make a remedy out of to stop sneezing!  It works because, knowing that the body always does the OPPOSITE to restore balance…  If you give a remedy that “sneezes”, your immune system will respond by attacking this extreme incoming impression–and since sneezing was your complaint in the beginning?  Well, that gets wiped out too in the process!  Do you see?

Whew!  I hope so because trying to explain things to you is exhausting, so I’m going to stop now and invite you to read the fascinating cases and articles at the top of this page.

What something can cause, it can cure in small doses!

That’s homeopathy’s motto.  Isn’t that exactly what “A hair of the dog that bit you” means?  Why just a single hair?  And why only a taste “of his own medicine”?  They say our homeopathic doses are ridiculously small!  But where did this folklore — a hair of the dog — come from?  Somebody knew a little something about “nano-dosing” way back when! (My diplomas in homeopathy are underneath, and my grade from Robin Murphy, my teacher, is below.  My interview with Dr. Murphy is in the “Interviews” section above.  Click on picture to enlarge, then click the “back” button to return to this page.) 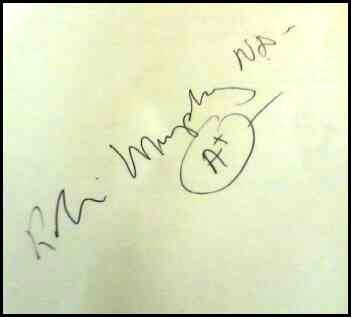 Elaine takes online cases.   Write to her at [email protected]